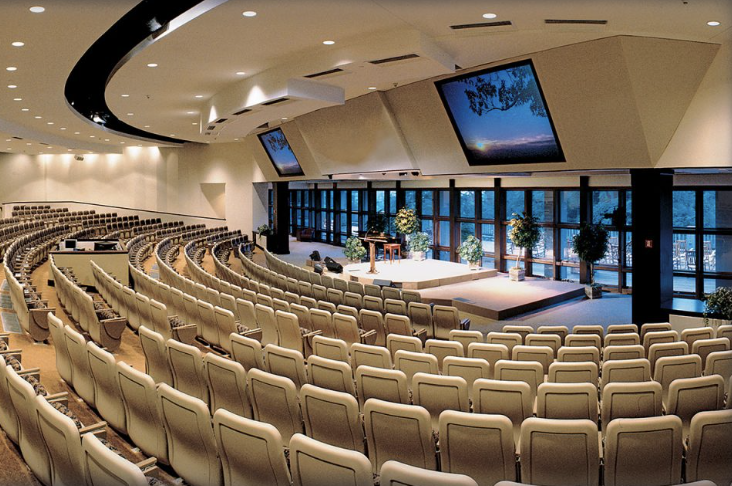 ABOVE PICTURE: Picture of The Cove, where Billy Graham lived… it is where the meeting took place.

It was mid-2009. The deepest recession in modern history was ravaging the world. I was in the midst of taking a break from full time vocational ministry and was consulting full time. (Yes, I still have a financial consulting practice where I am the CFO or Controller for various companies. But that is a different story. Squirrel. I’ll stay on track now!) In early 2009, I had helped out Pastor Dave Sawkins in his work with the rest of the team at Los Gatos Christian/South Valley Christian which was renamed Venture.

I do not remember how the invite came. I was invited to a meeting in November 2009. It changed everything.

Jesus left. When He did, He told His followers: go make Christ-Followers (we call them 3C Christ Followers). He established the eklesia… the church (don’t miss the new series called Big Church starting April 19! It will explain it all!). The church is the hope of the world. There is no plan B….

…until the church abdicated its position and let non-profits step up and lead. That is exactly what happened. Good non-profits were born because the church took a step back … it refused to lead the mission of helping entire countries, states, tribes, tongues, ethnicities and the like to become Christ-Followers. From the late 1940s, for almost 50 years.

Until Billy Graham got involved.

How the problem all changed and how the church got it right.

The local church is the expression of the invisible Church. Jesus one has one plan and this plan is 100% done through His church. (That’s why when someone says, “I love Jesus but don’t like the church,” they are talking about a different Jesus, their own made up version. Again, a different blog for a different time.)

Billy Graham recognized the problem. He invited the CEOs/Presidents of ALL of the largest non-profits who are the spear tip of advancing God’s Kingdom (Campus Crusade, as it was known back then, Youth with a Mission/YWAM, etc.) AND the Senior Pastors of the largest US Churches into one room for one moment.

The purpose: for the non-profits to recognize, admit and ask the church’s forgiveness of taking what is actually the church’s responsibility. And, letting the church know that as non-profits, they are subservient and servants to the church. The church will take the lead.

134 individuals were invited to this meeting. And I was one of them. Wow.

There were a series of meetings at this November 2009 event. Billy Graham was going to emcee and be the host and the catalyst for this event. Here are three significant items which impacted me as a result of this event:

On the night of the actual event, Billy was rushed to the hospital. He wrote a handwritten note that was read to us. The meeting went on and the results were amazing.

When God says, it’s time to get back to full time vocation ministry, what do you say? My response (and I am not kidding!) was this. Ok, I’m game to go back in. But, if You want me in, You’ll need to provide me the opportunities. So I 100% left it to God to figure out.

Within 6 weeks, I had 6 opportunities. It was unbelievable.

One of those opportunities was this struggling 1950s church in Morgan Hill which had 12 people attending: 8 only spoke Spanish and were trying to take over the title to the building… it was the least likely spot I would end up….